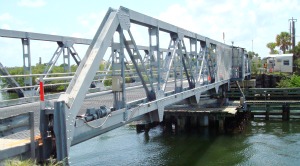 Located about 15 miles south of Sarasota, Casey Key is a private barrier island on the West Coast of Florida. Stretching south from the southern tip of Siesta Key to the northern tip of Venice, this gorgeous island is surrounded by the Gulf of Mexico to the west and Little Sarasota Bay on the east.

In 1849, the first maps of the area named the island “Chaise’s Key.” In 1856, after US Army Captain John Charles Casey came to the area, maps were revised to the current name of Casey Key Florida. In the 1920s, developers briefly changed the name to “Treasure Island” during Florida’s land boom of that era. After the collapse of the real estate market, the name changed back to Casey Key.

The Florida Legislature named most of the island a conservation district in the 1970s. Casey Key is a quiet, private island where you’ll find little traffic and no traffic lights, lots of wildlife and lush tropical landscaping. Casey Key homes range from old Florida style beach cottages to magnificent estates behind scrolled iron gates.

Casey Key has one of the nine remaining swing bridges in the state of Florida out of a total of 83 in the United States. The Casey Key Bridge is used daily by residents and visitors traveling to and from the island.

Built in 1925, the 142 foot Casey Key Bridge offers one lane access across the Intracoastal Waterway on Blackburn Point Road providing access to the mainland from this barrier island south of Sarasota. The bridge is on the National Register of Historic Place and in 1995 was rehabilitated.

This pivot bridge is movable and “has  a single support in the center of the chasm that it intends to span.” Boats with masts higher than 8 feet signal the bridgetender to stop the auto traffic and swing the bridge open to allow passage.

All information provided on this website is deemed reliable but is not guaranteed and should be independently verified.